Elissa Cristall Gallery is pleased to present an exhibition of new paintings by Vancouver artist Kyle Scheurmann. “Trees in a Dream” will be his first solo exhibition with the Gallery.

Throughout and beyond his education, Scheurmann’s practice has been contingent on extensive travel, relying on interdisciplinary collaborations, research and close dialogue with the earth’s diverse ecosystems. The result of his investigations are expansive, colourful paintings that highlight the majesty of the environment.

Describing his approach to painting he writes “Drawing from geographically distinct sources and intimate encounters with various ecosystems, I compile hybrid environments in paint, removing the specificity of place. This allows me to create a living woods of my own fabrication. I do this in the field by analyzing both visual and non-visual sensory elements to construct new ways of viewing the world. Serving as an antenna for underlying sensory information from the earth, I paint not only what I see but also what I sense. The act of painting in situ becomes a calibration of senses that moves beyond the literal landscape.”

Kyle Scheurmann was born in Winnipeg, Manitoba and currently lives in Vancouver, BC. He received a BFA from the Ontario College of Art and Design in 2013. In 2018, Scheurmann graduated as valedictorian from Emily Carr University’s MFA program and was awarded the Elizabeth Greenshields Foundation award. In addition to having lived and worked in Canada, the Netherlands and Australia, Scheurmann has tested processes of environmental documentation in several international residencies and tours. Most notably, old-growth forests in Northern BC while collaborating with Scottish musician Rachel Sermanni; the German Black Forest during the Kunstort Eleven residency; and the boreal forest at the Falcon Trails residency in the dead of a Manitoban winter. In 2019, Scheurmann will attend the RoosterGNN residency in Havana Cuba, adding tropical research to his ever-expanding catalogue of ecological encounters. Also in 2019, Scheurmann’s paintings will be included in a print publication in collaboration with poet Jessie Mata. Scheurmann is also the recipient of the King Family Bursary, which will facilitate two upcoming painting trips along the eastern shore of Georgian Bay in Ontario. 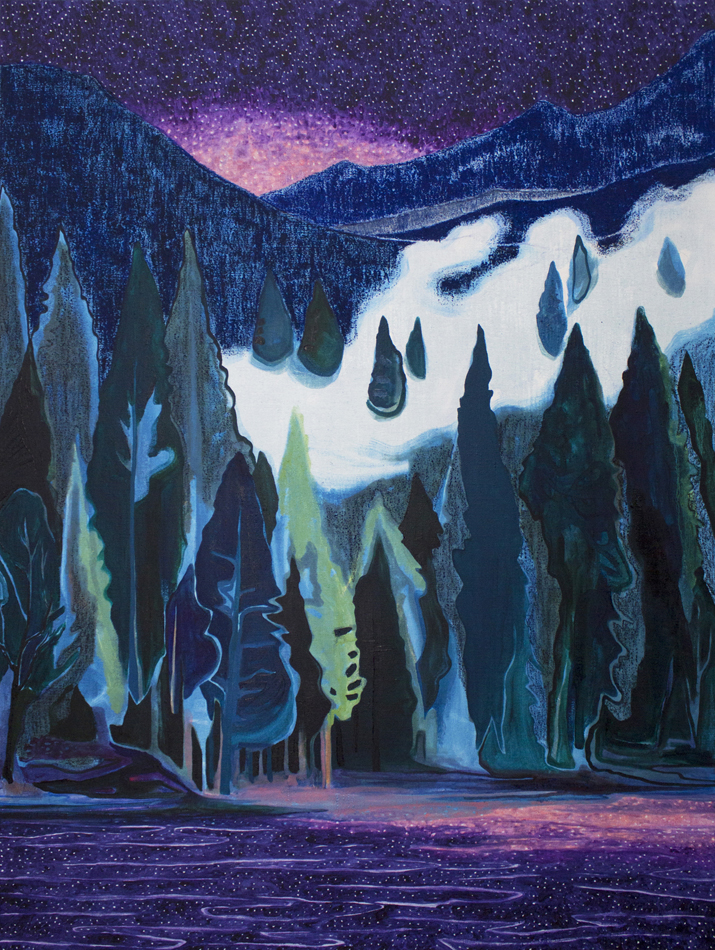 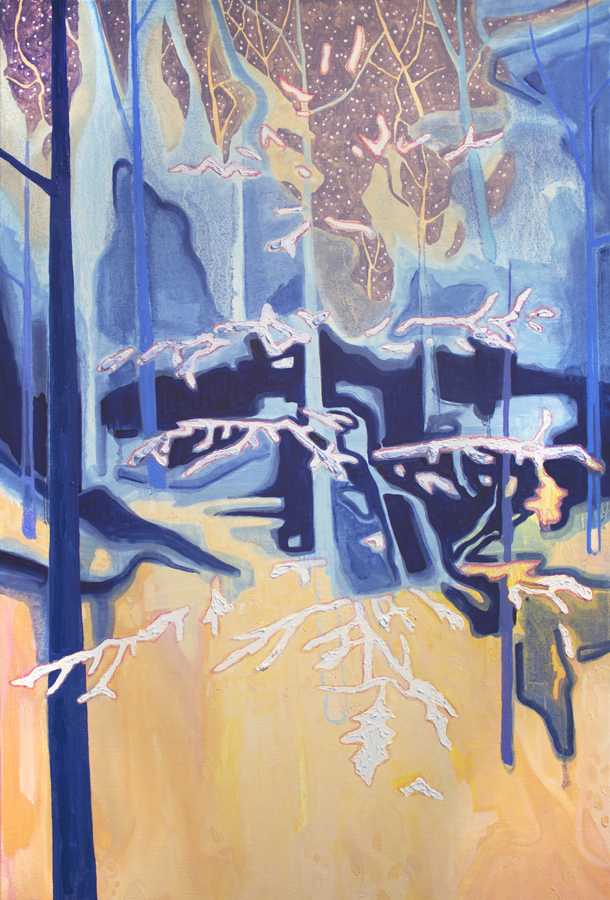 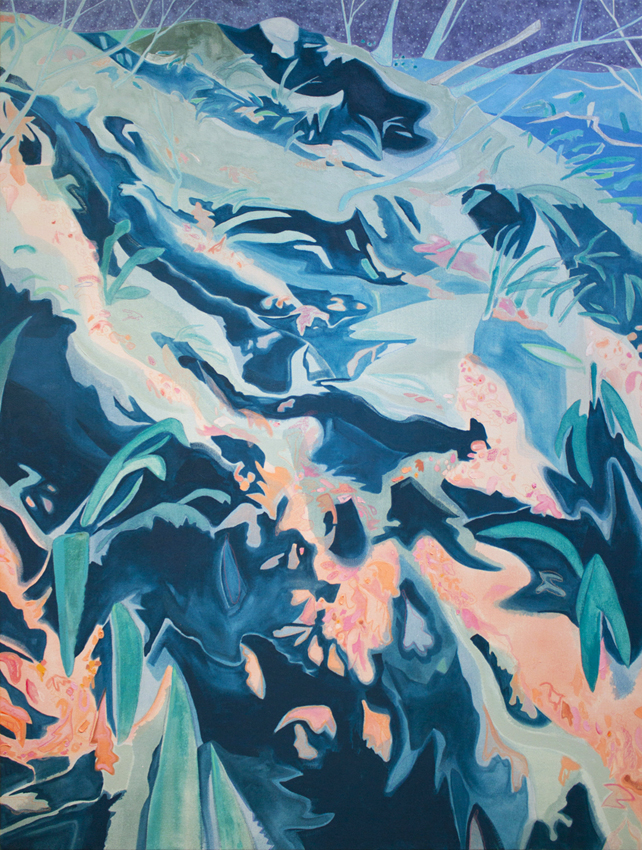 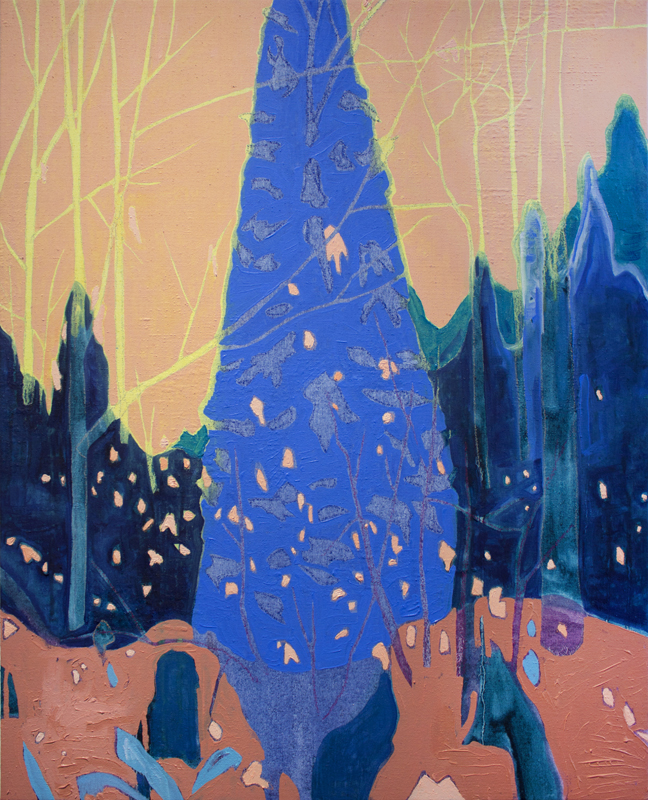 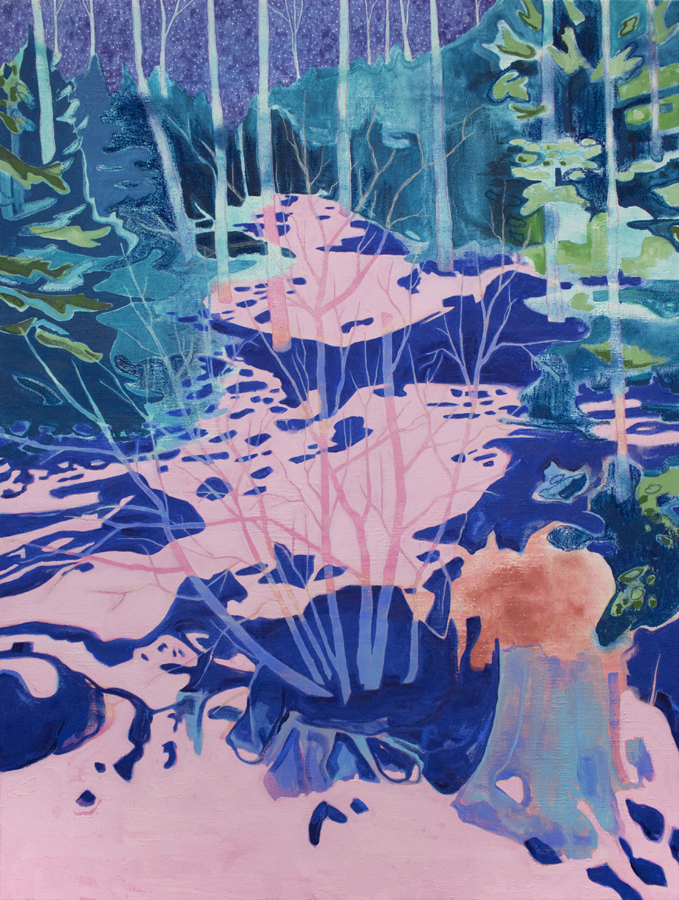 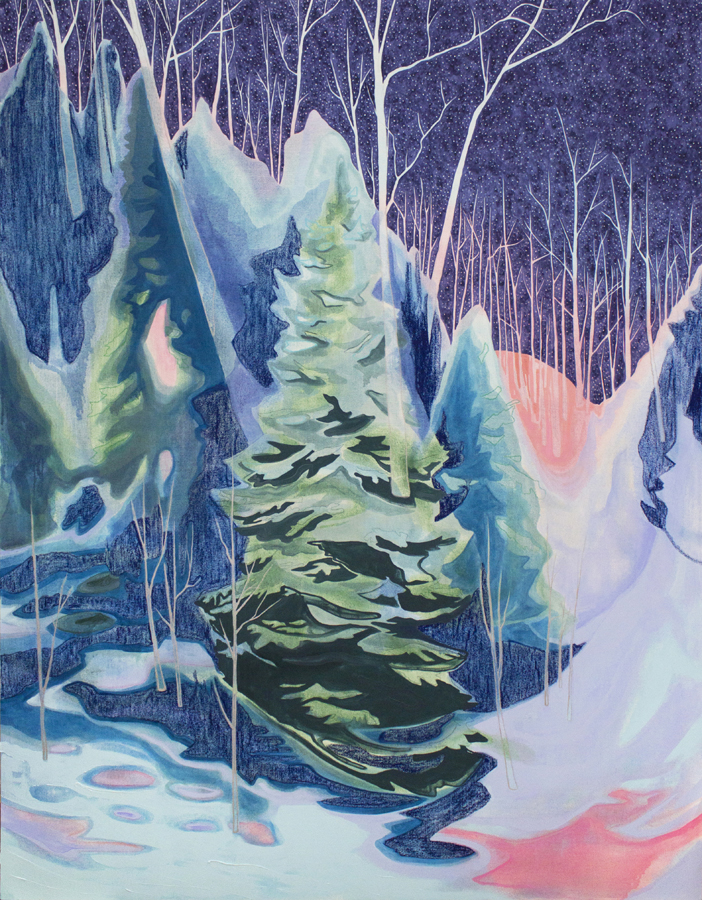 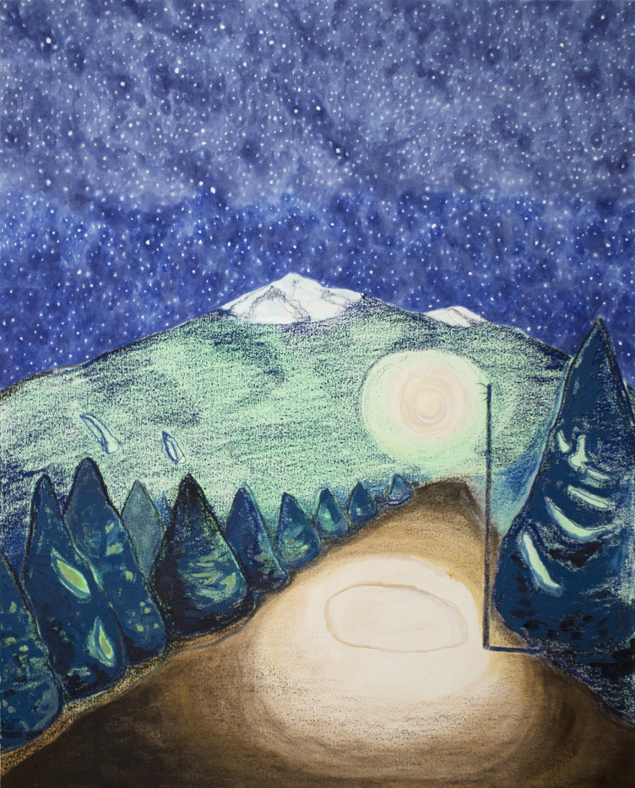 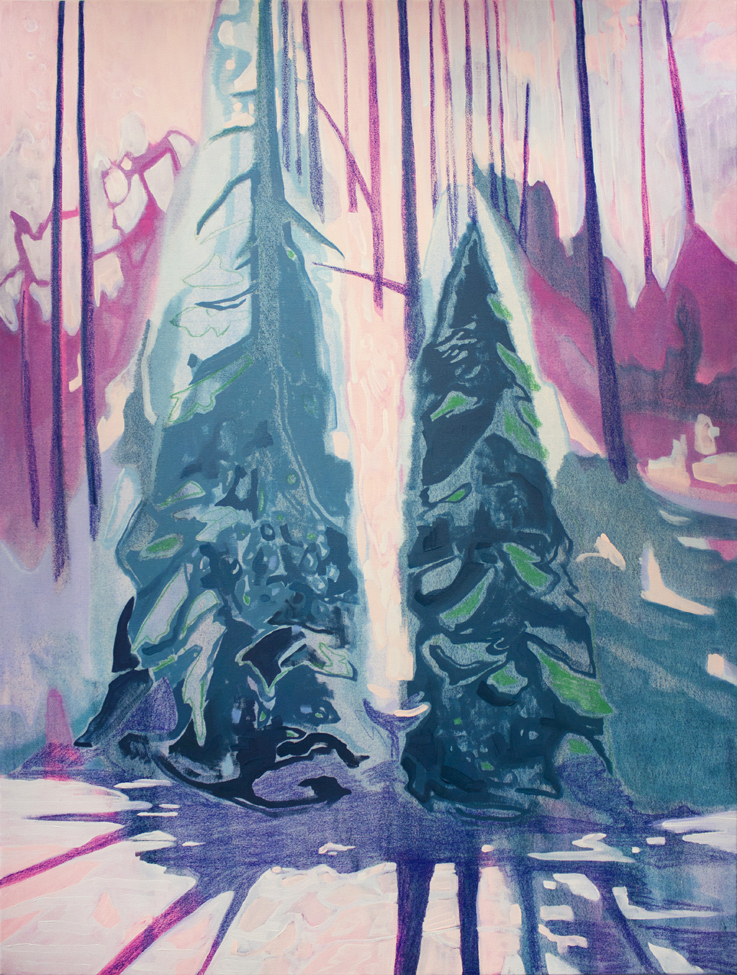 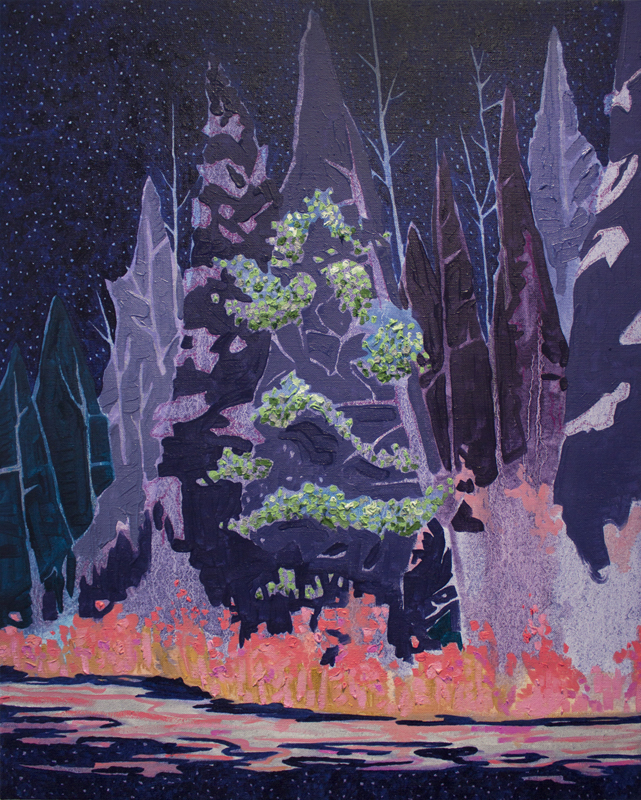 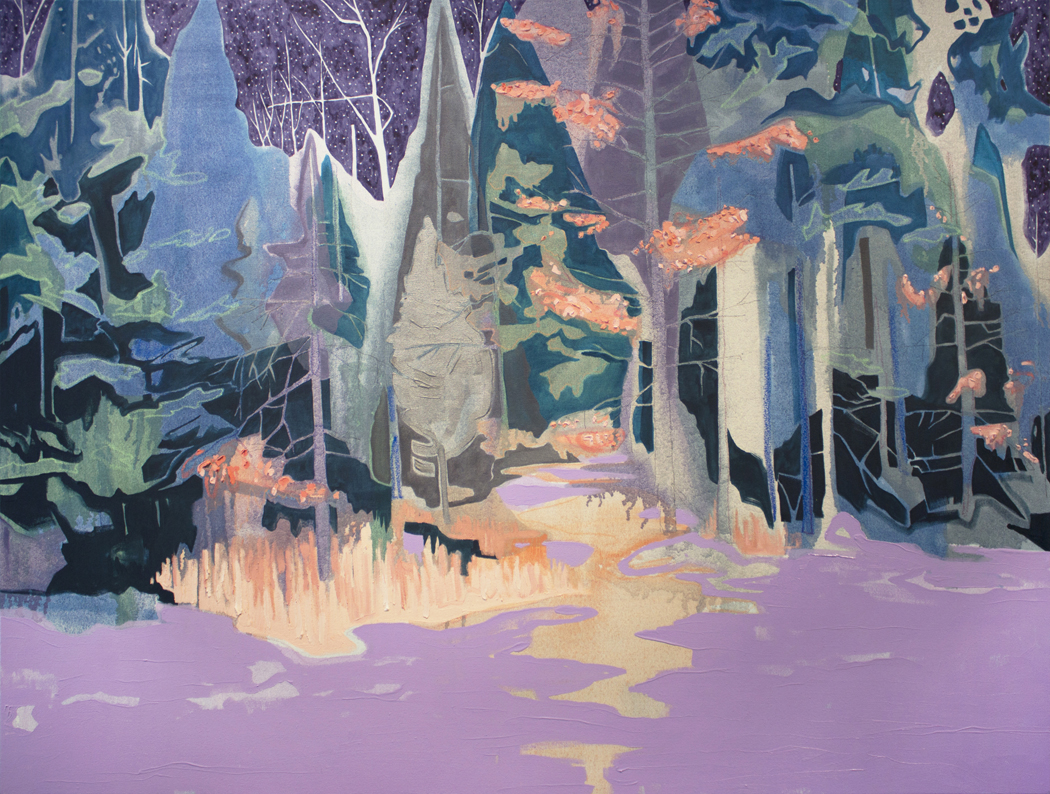 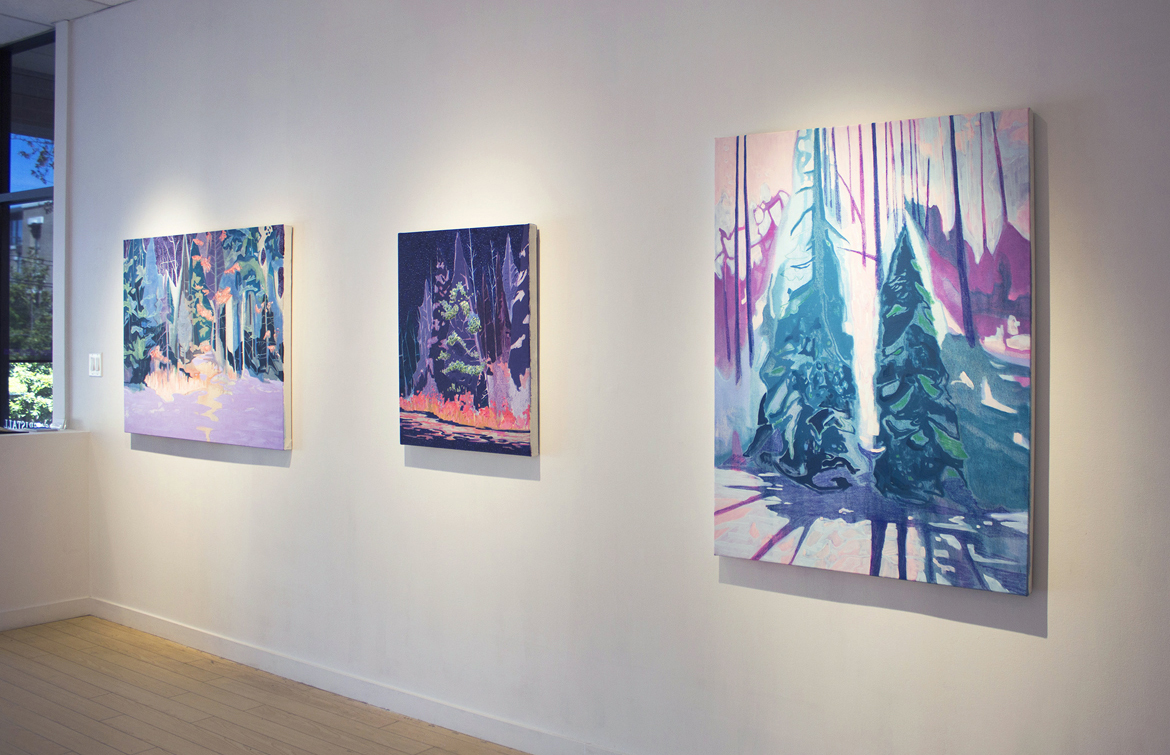