Mara Korkola’s practice over the last two decades as a self-professed landscape painter has encompassed cities, forests and airports. The complexity and density of these places is captured in her paintings that compress a world of information into small panels. These are often presented in diptychs or triptychs, showing slight variations in perspective or vantage point. Late evening is Korkola’s signature time of day. This is when she prefers to paint as it allows for uninterrupted sessions and working wet on wet, a technique that gives her paintings their lush and fluid surfaces. It is also her favourite time to photograph cities, when streets are devoid of human traffic and the lights emanating from buildings, headlights and street lamps appear jewel-like against the black sky. The interplay between trees and artificial light is perhaps what excites Korkola most, prompting concentric, impasto brushstrokes in electric colour.

Suzanne Nacha’s oval paintings from her ‘minera-logic’ series set the stage for narratives that unfold through humour and pathos. Equally absurd and solemn, the paintings reflect on our place in the world by enacting formal relationships between space and object, light and shadow, and in situations gleaned as much through what is seen as what is not. Her work is imbued with a unique visual language enriched by her experiences mapping the far-reaches of Canada, creating geologic maps that span the earth’s continents and the study of structural geology. For the past fifteen years, Nacha has worked in the mining industry mapping geographies of fortune and need.

Megan Hepburn and Brennan Stalford both work in abstraction. There is a strong reference to Matisse in Megan Hepburn’s work. Using rich, muted hues that are mysteriously vibrant, Hepburn’s paintings are visceral and luminescent as if they are illuminated within. Hepburn received her MFA from Concordia University in 2010 and BFA from Emily Carr University in 2005. She was shortlisted for the RBC Painting Competition in 2015 and 2010 and won the Joseph Plaskett Award in Painting in 2010. She is currently based in Vancouver, Canada.

Ontario born Brennan Stalford won a full scholarship to the Art Institute of Chicago and is currently finishing his final year in the BFA program. Stalford creates large scale canvases working in acrylic paint, ink and pastel. He layers colourful, imaginary shapes and forms over top of one another on raw canvas projecting movement, energy and vitality. 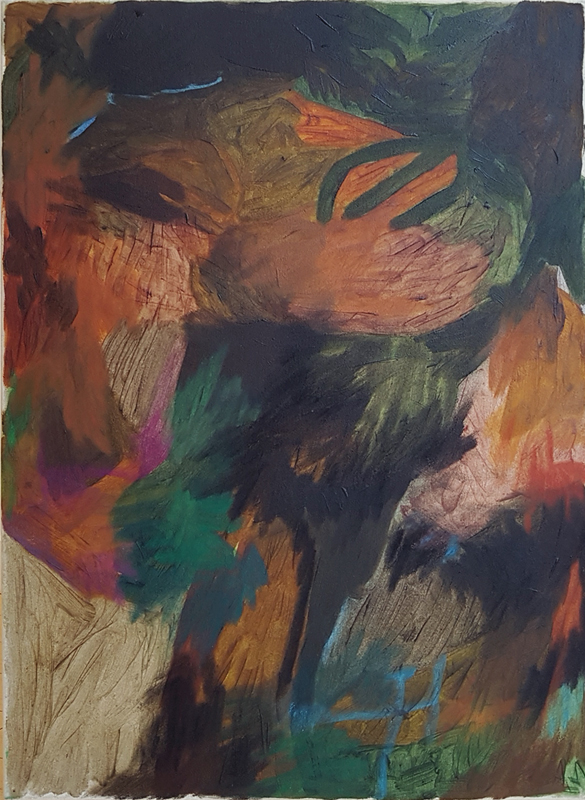 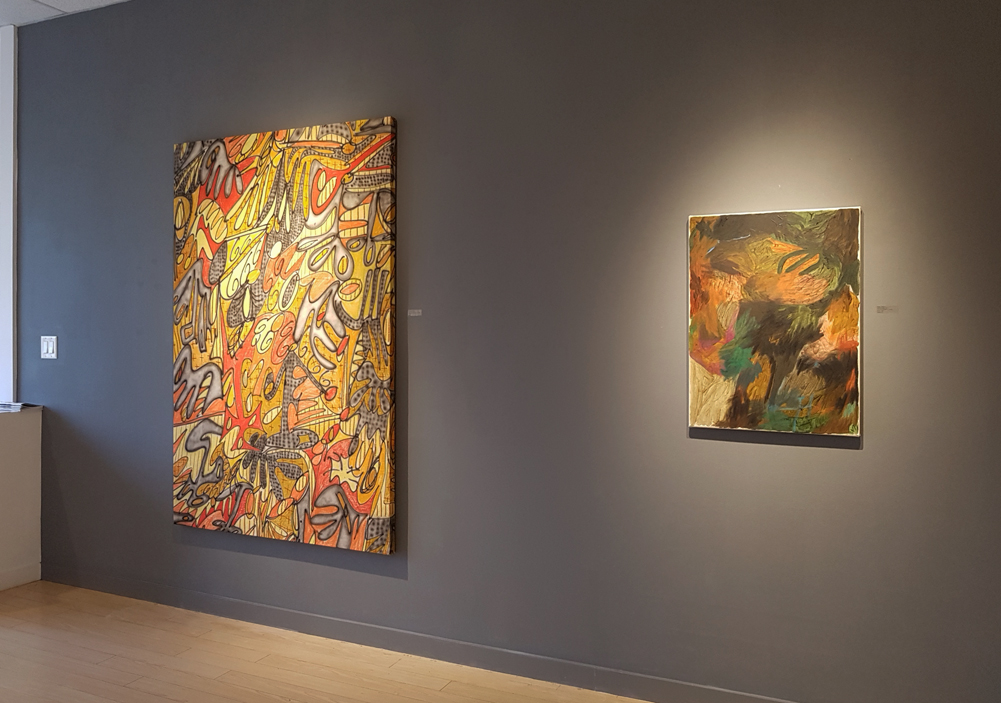 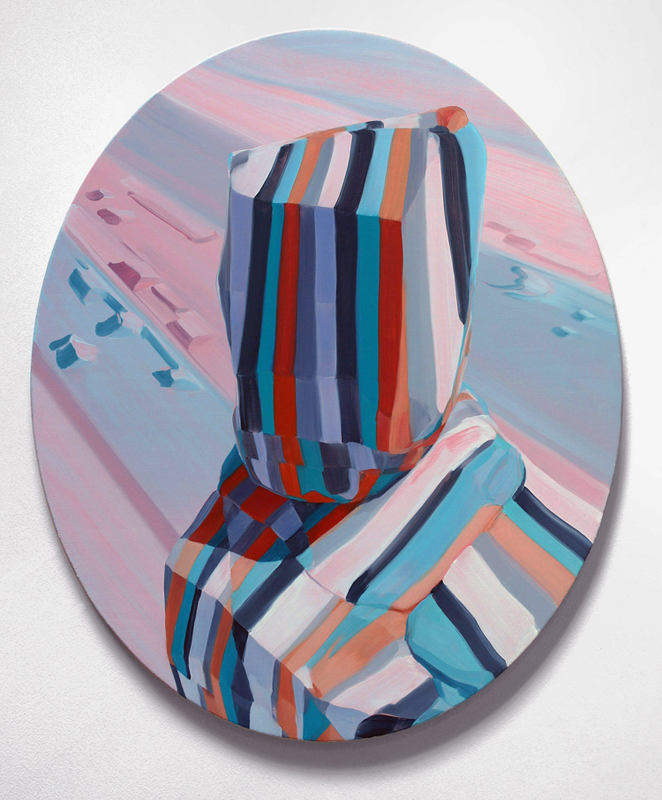 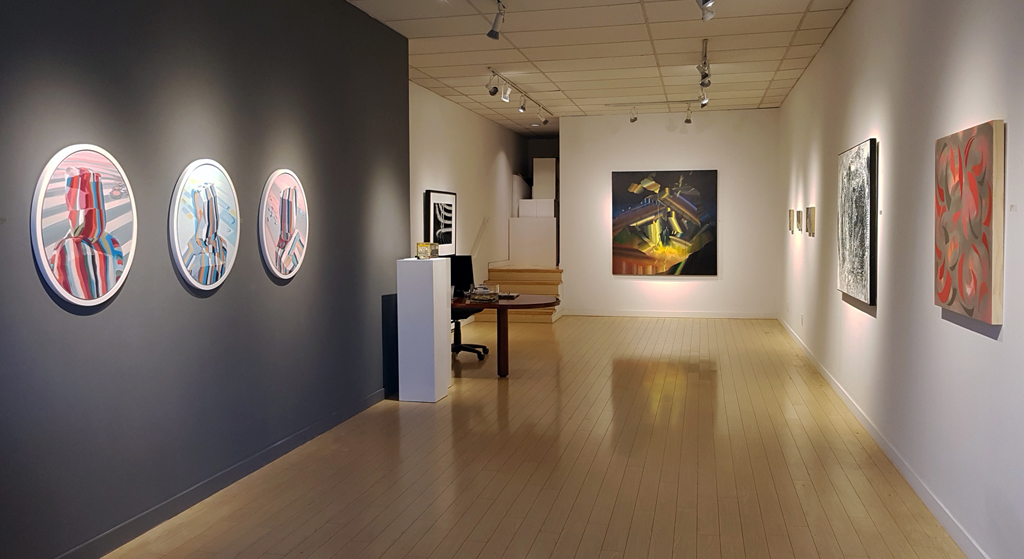