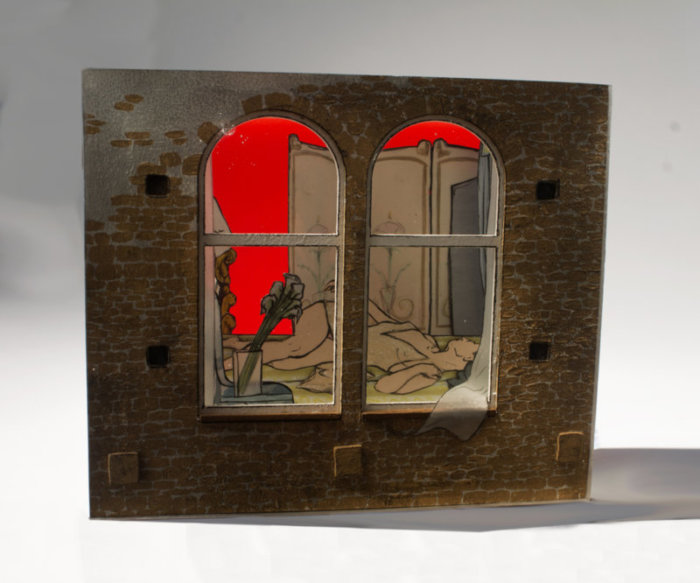 Jessica Korderas creates three dimensional dioramas that she meticulously constructs through painting and drawing, which are then cast, layer upon layer, into a block of resin. The process is slow, time consuming and unforgiving.

Korderas comments – I have always been heavily influenced by movies in my work. Like any other art form, movies have the ability to both represent and mold society. Exposure to films is so common, such an ordinary part of people’s lives that their true effect can easily be forgotten. By subtly suggesting cinematic sensibilities in a sculptural form, I want people to consider the impact of films on their own perspectives of the world, away from the overpowering influence of the medium itself. Resin is perfectly suited to represent film. It creates a level of distortion that gives the illusion of movement between the layers when viewed from different angles. It also traps light, filling the pieces with an illumination that emulates the glow of the silver screen. Through this new body of work, I created resin based pieces that explore whether movies are reflective of society, whether they shape it, or both, and to what extent. 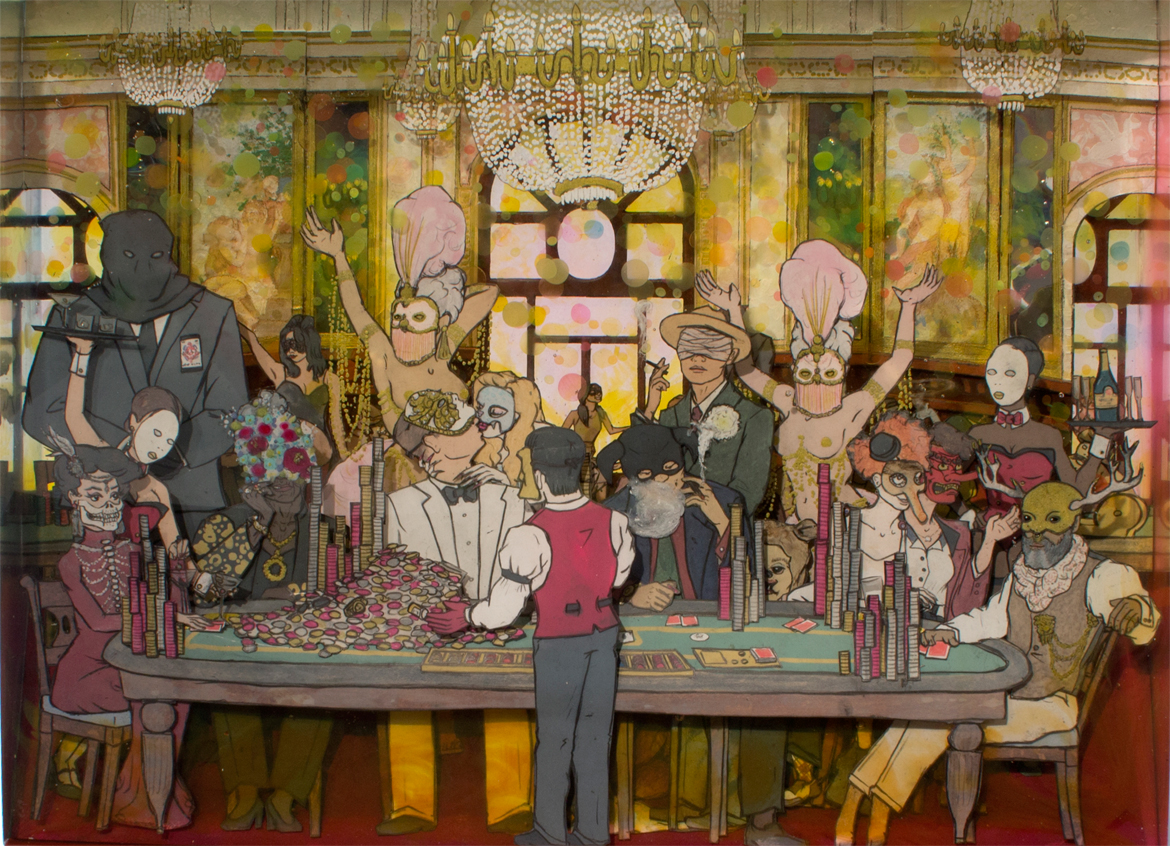 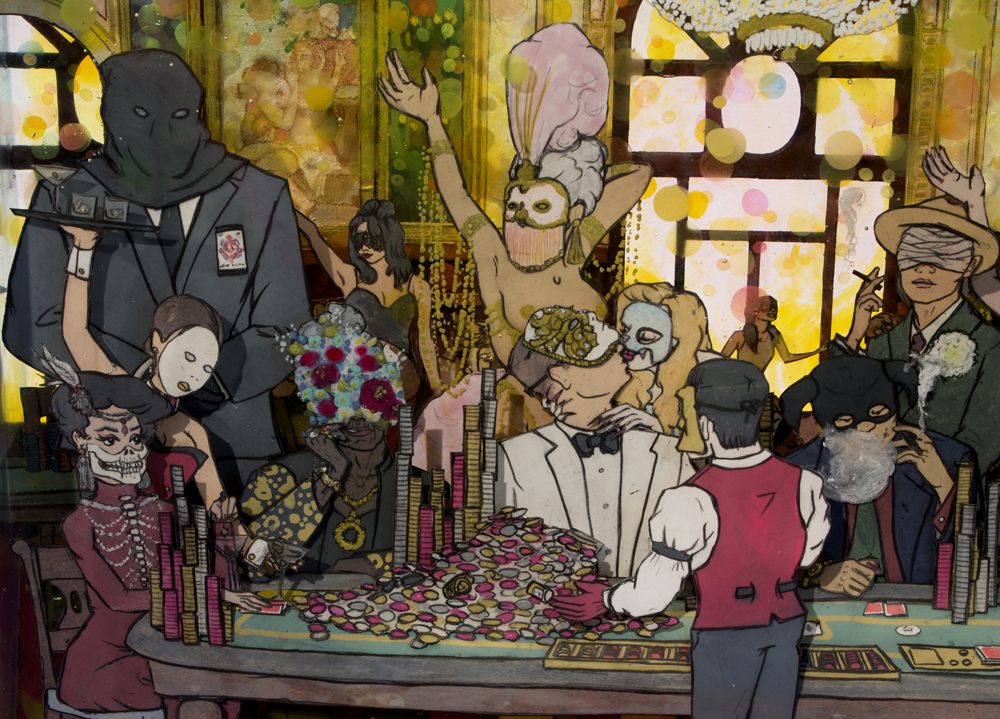 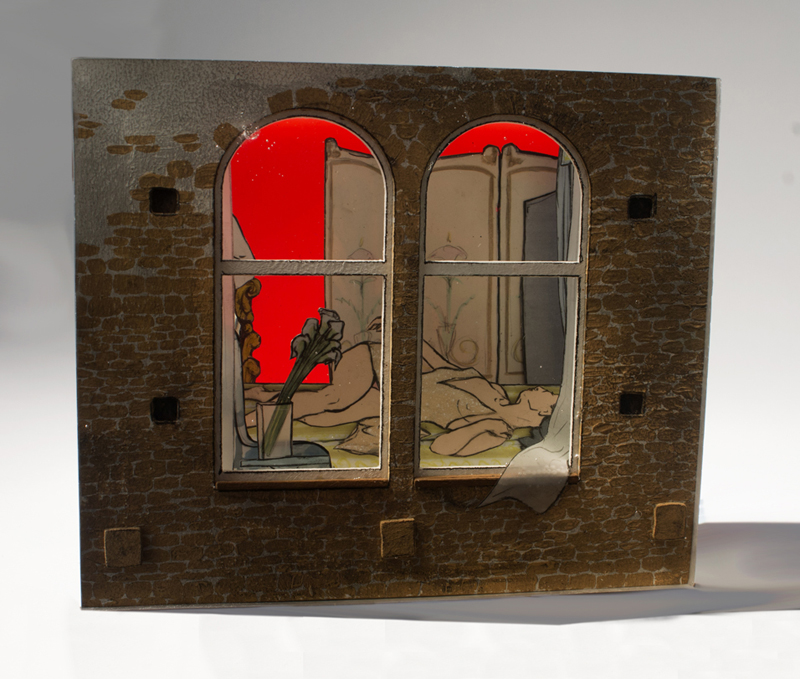 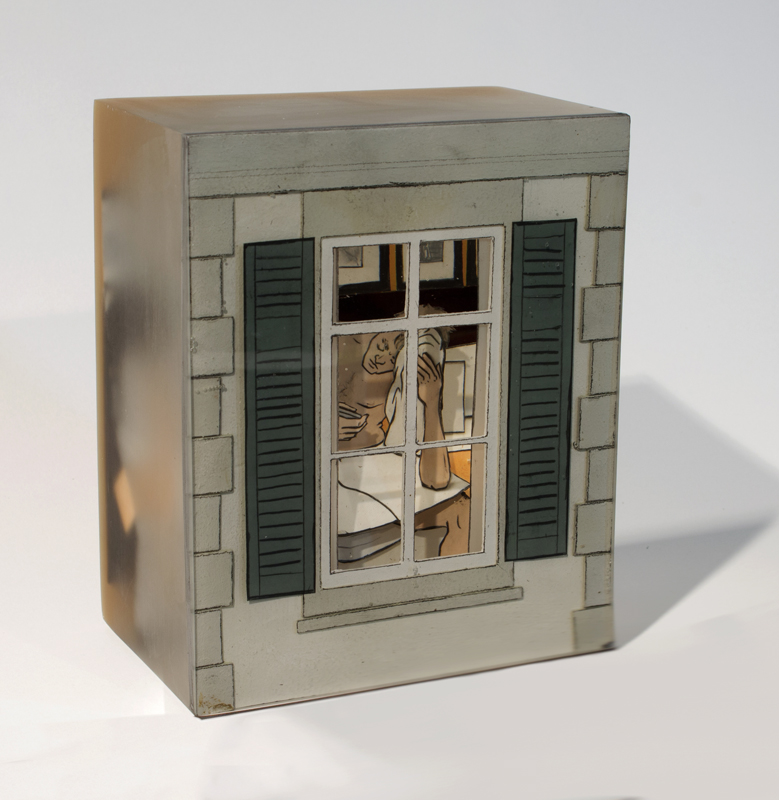 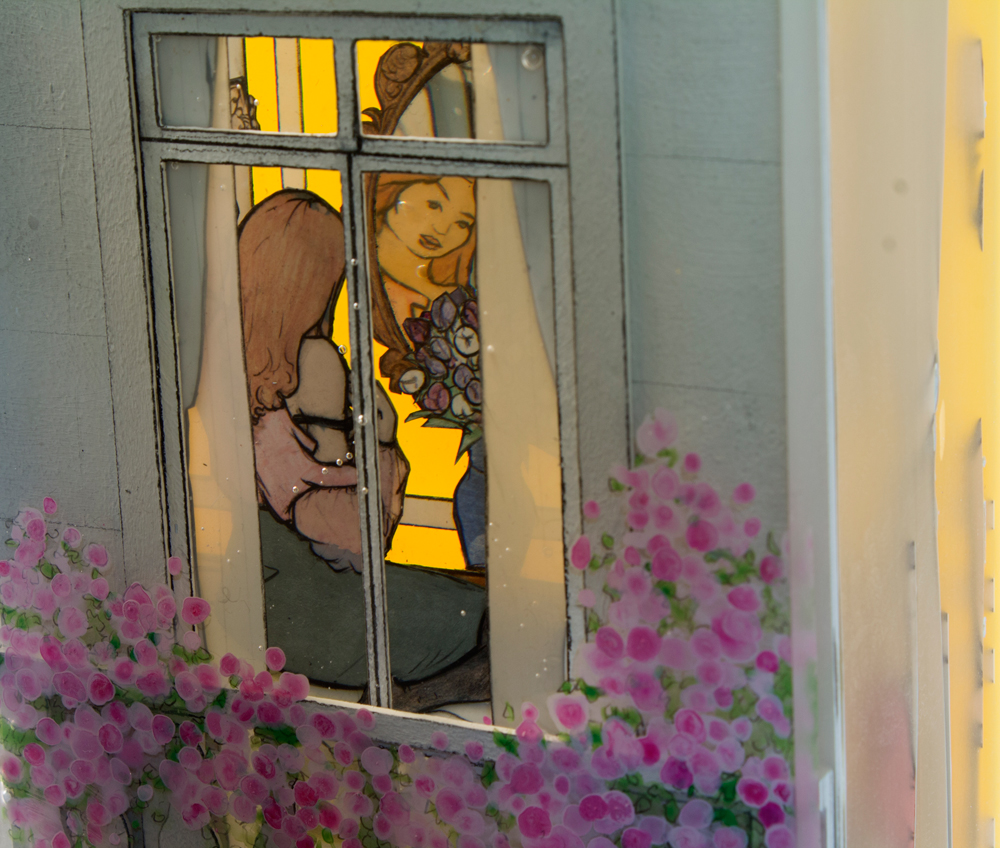 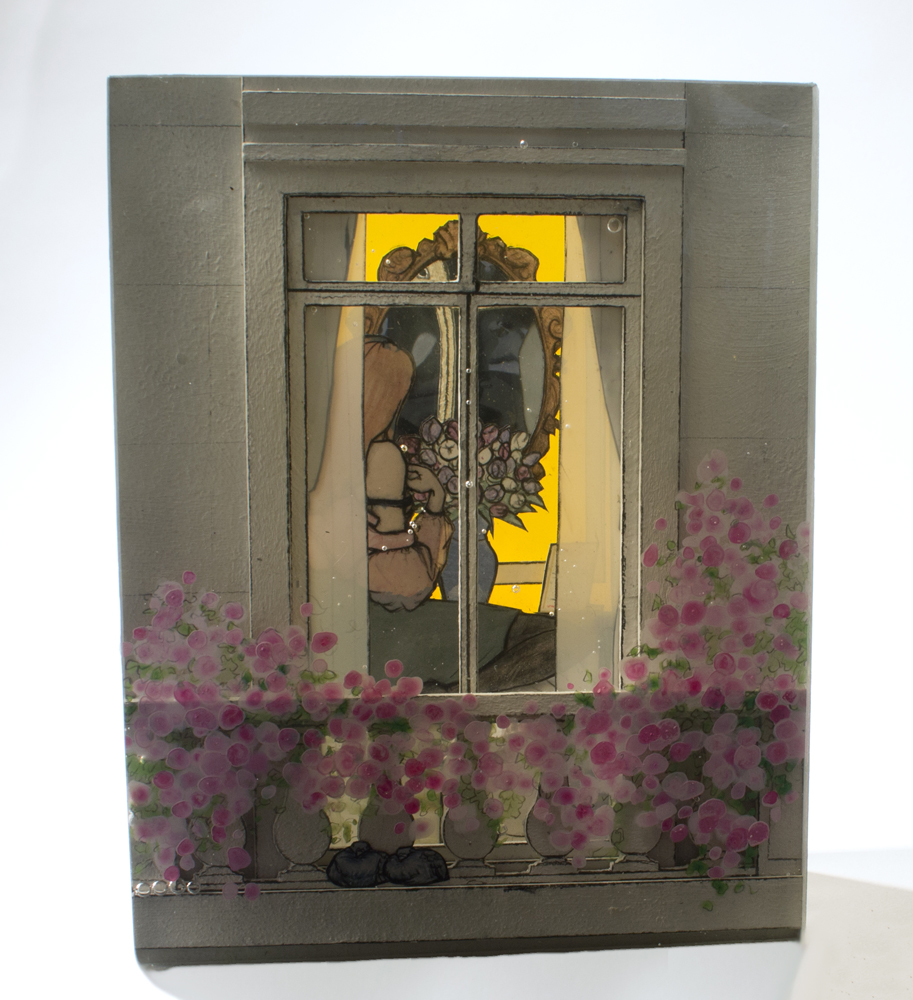 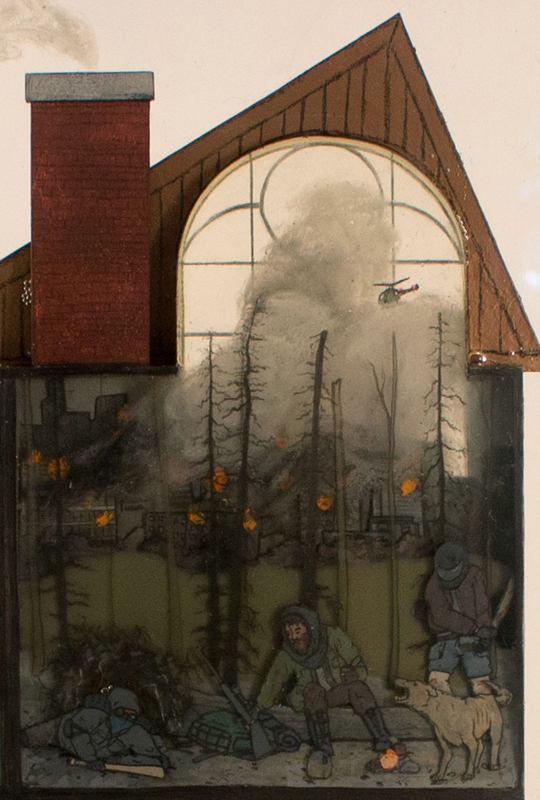 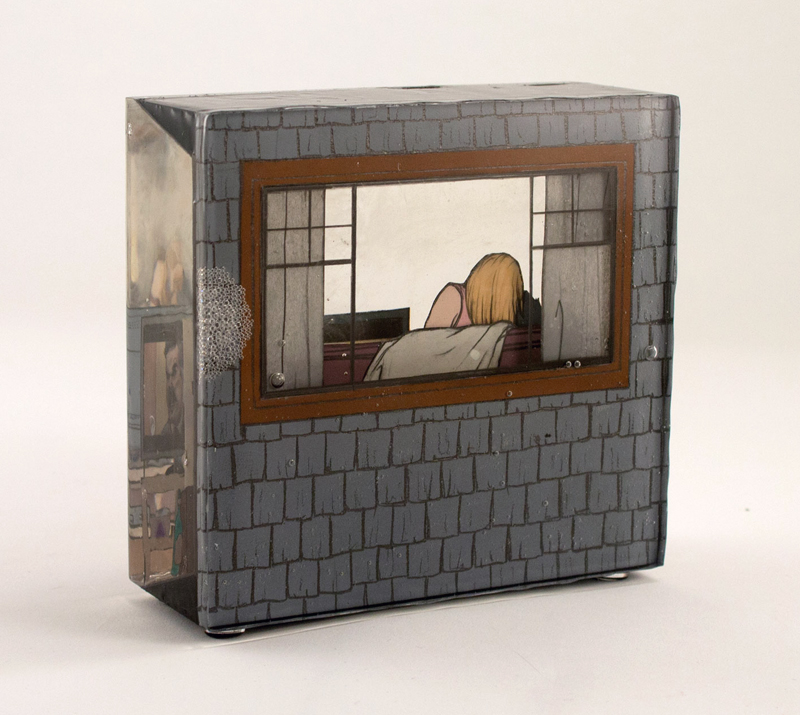 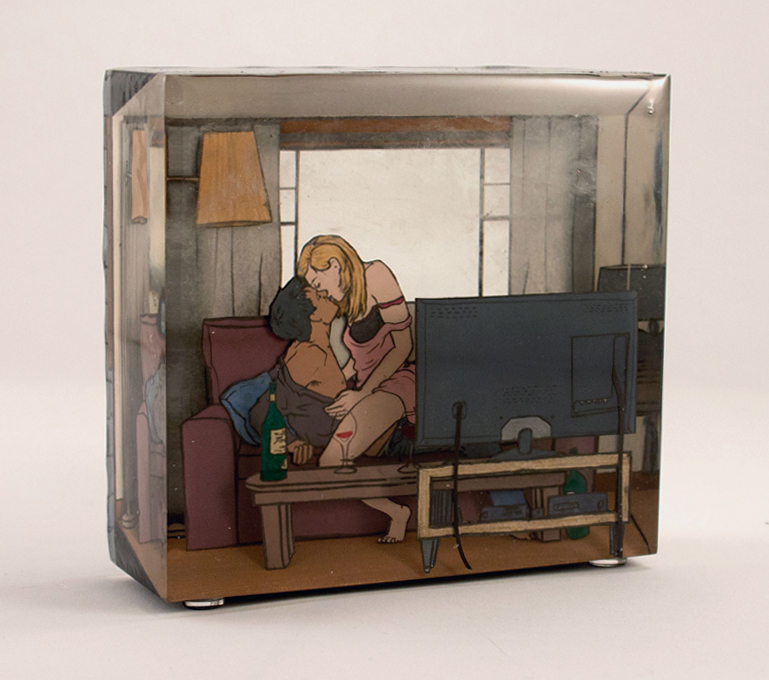 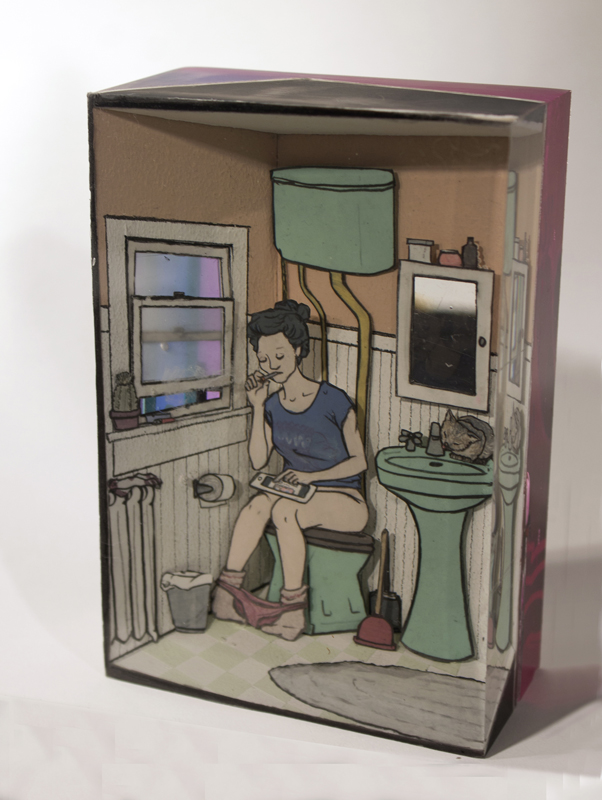 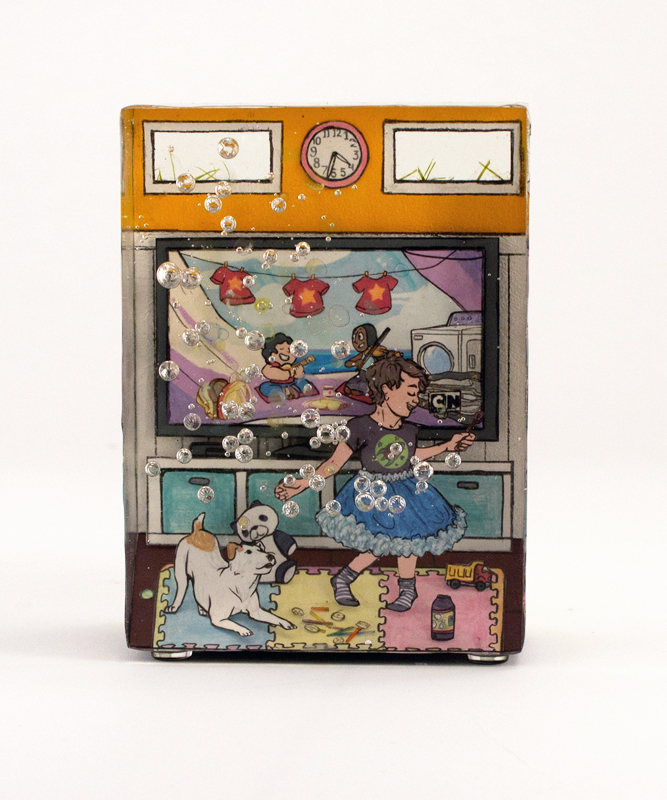 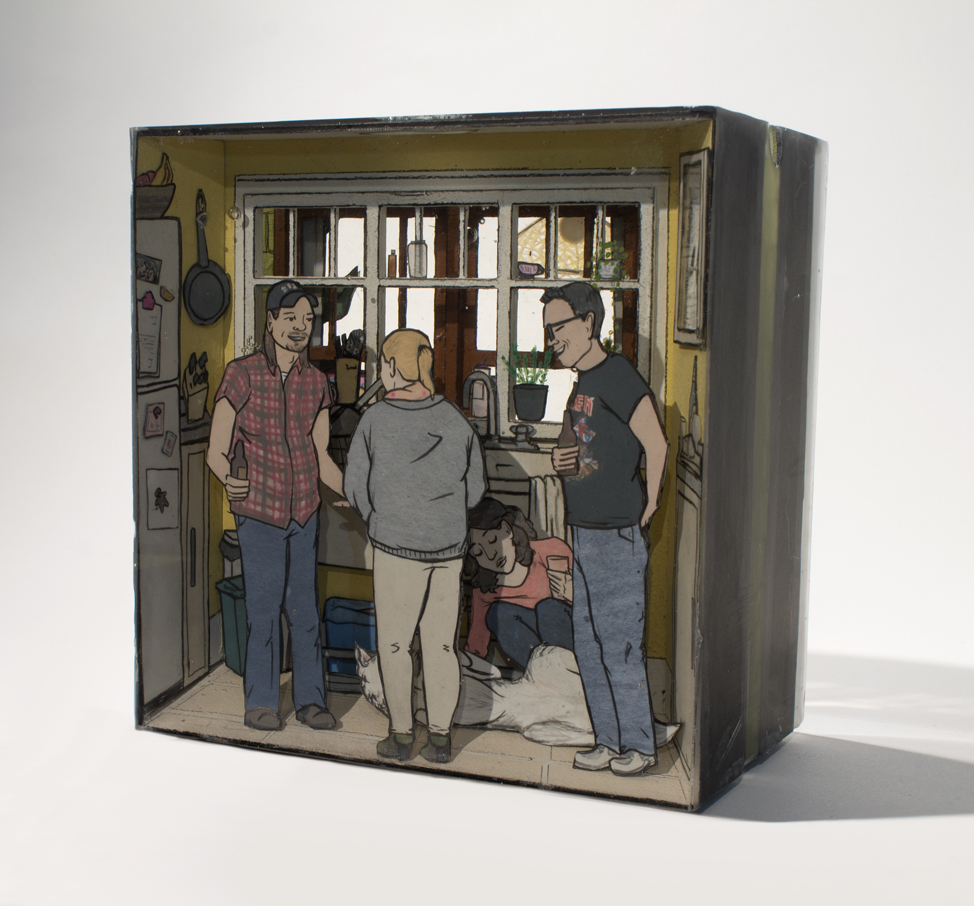 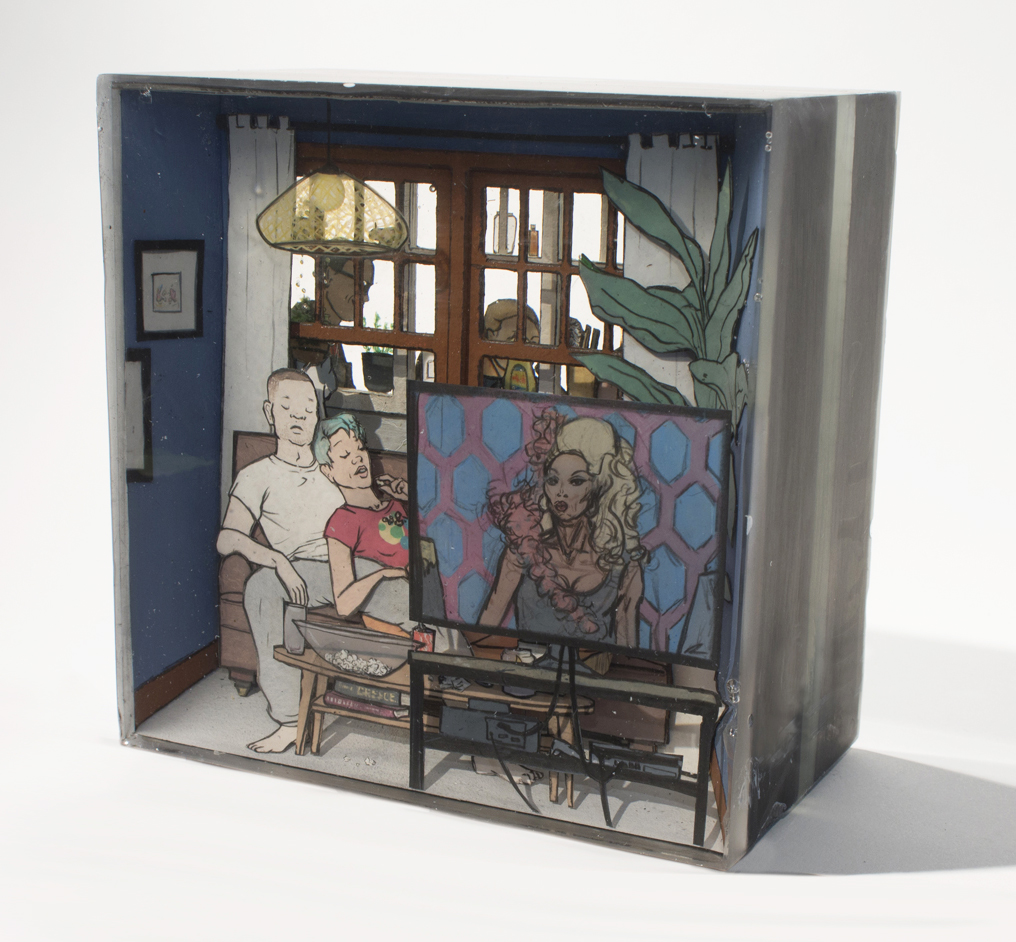 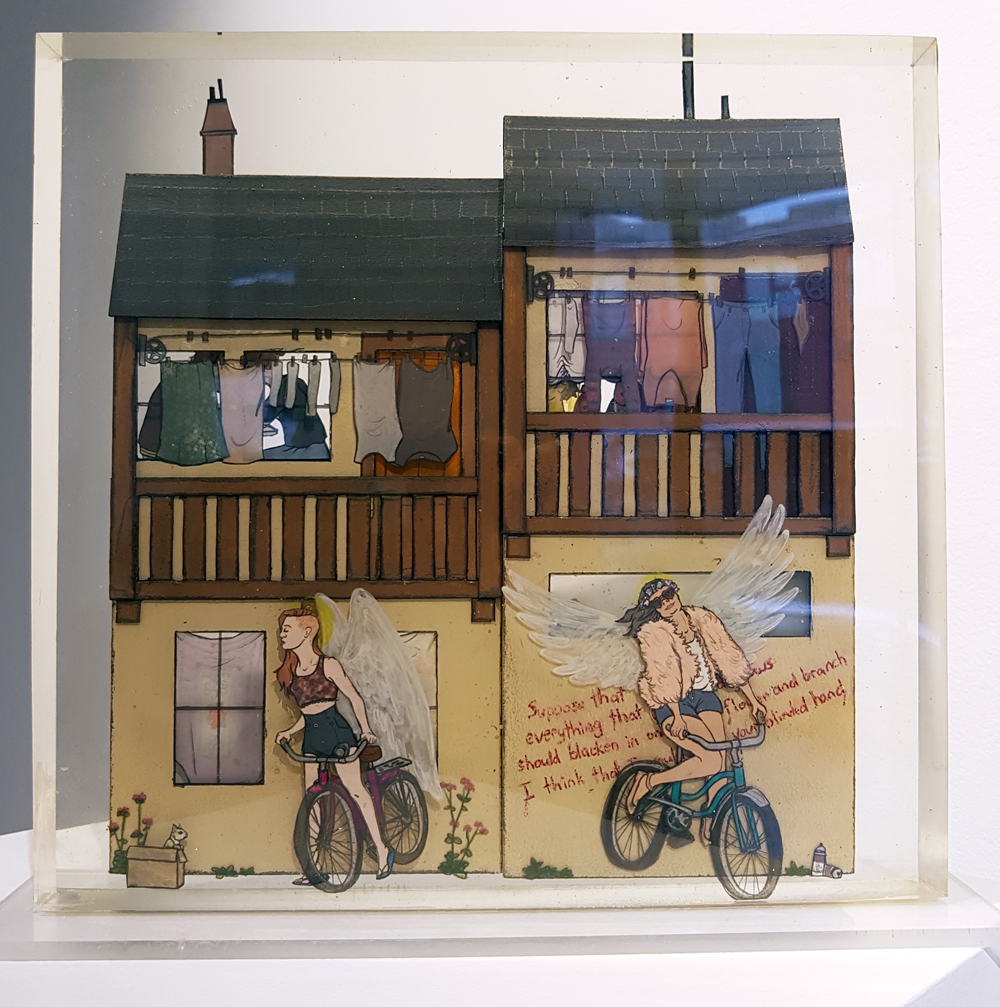 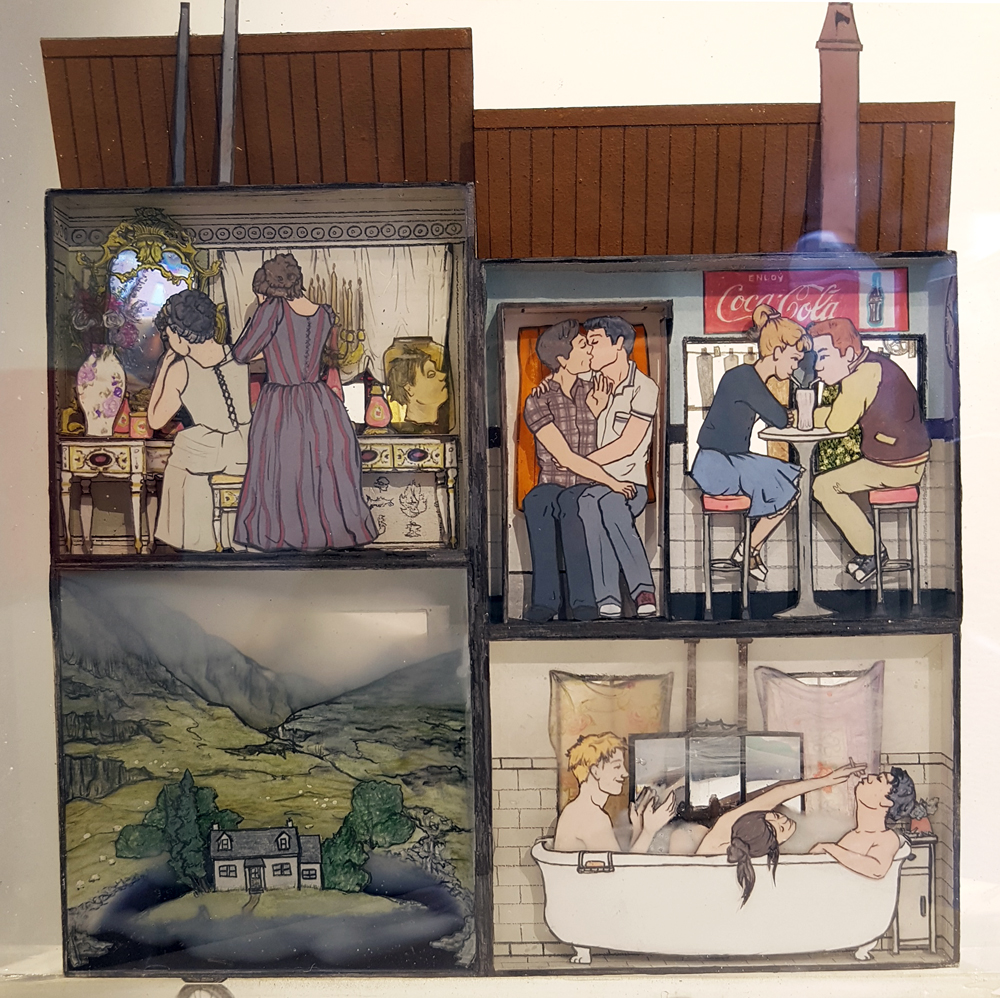